DeNOx SCR COMPKAT “Split”: the new generation of catalytic converter for the reduction of NOx in biogas CHP plant 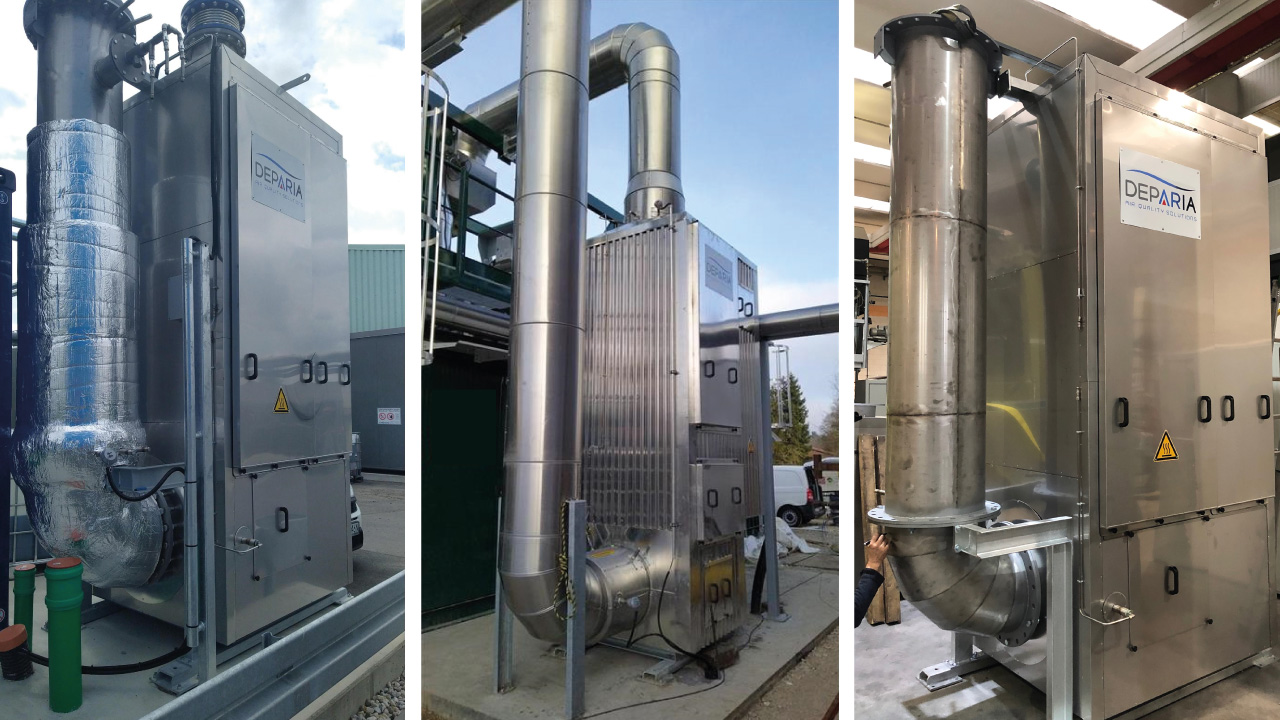 In recent years, there has been a growing focus on emissions, which has led to stricter limits for pollutants such as NOx, CO and formaldehyde.

In particular, in Germany, the 44.BImSchV came into force at the end of June 2019, replacing the “TA Luft”, new regulation that also covers biogas-powered internal combustion plants. The emission limit value to be respected for nitrogen oxide (NOx), in plants using biogas as fuel, has been reduced to 100 mg/Nm3, corresponding to 5% of O2 starting in 2023. The installation of a DeNOx SCR system thus becomes necessary, where previously an accurate adjustment of the engine was sufficient to stay within the limits.

The new Deparia solution, designed to support the German market and to respond to future European directives on the treatment of emissions of biogas cogeneration plants into the atmosphere, fits within this scenario. The new DeNOx SCR COMPKAT “Split” product range covers all engine sizes from 550 kWel to 1500 kWel.

The new reactor has been conceived, designed and manufactured with an AISI 304/321 casing and frame, allowing it to withstand an aggressive and corrosive environment that can result from the use of an untreated fuel gas.

The selective catalyst ensures the reduction of nitrogen oxides produced during the operation of the cogeneration unit. For this purpose, a urea solution is suitably configured in the hot exhaust gas using a dosing skid, which in turn is associated with a PLC-SCADA for remote control. Urea decomposes at sufficiently high temperatures and releases ammonia, which in turn reacts with nitrogen oxides to form neutral nitrogen and water. Thanks to this approach, the SCR catalyst ensures performances better than the one guaranteed by the current Best Available Techniques (BAT). Other pollutants, such as carbon monoxide and formaldehyde, are reduced to the appropriate limit value, thanks to the use of an oxidising catalyst with a high abatement efficiency.

The aspect that uniquely characterises the Deparia product is flexibility. Ceramic or metal catalysts can be housed inside the same reactor according to the customer’s requirements and following a preliminary study based on the plant specifications. Flexibility that can also be found in the plant layout, which can be accommodated in a horizontal or vertical version.

Finally, particular attention has been paid not only to the emission aspect, but also to acoustics, a theme that is becoming increasingly important and which has led to the study of an ad hoc solution for compliance with the 55 dBA at 10 m limit.